Knowing how to unwind clients when the impulse to act precipitously overcomes them is crucial to guiding them through difficult times.

I have a client who is a soccer fanatic. Although he is from Venezuela, he is a rabid fan of English soccer. I have spent an occasional afternoon watching it with him at his favorite sports bar and I noticed that it seemed that all things being equal, the team with the best penalty kick record won the game.

A few years ago, a professor at Ben-Gurion University in Israel conducted a study on just that. Professor Azar is not a footballer, at least not like my client. He’s a lecturer in the school of management, and he thought that penalty kicks would be a perfect way to test his theories of split-second decision making. 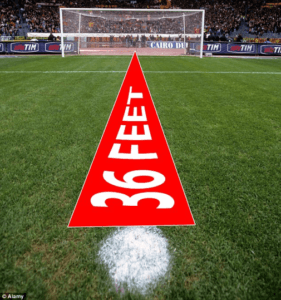 The penalty kick is an interesting miniature of split-second decision making in life. Standing just 36 feet away, the kicker strikes the ball and sends it zooming towards the goal and goalkeeper at something like 80 m.p.h. The goalkeeper has about 0.2 to 0.3 seconds to react. Quick, huh? In the soccer world, stopping a penalty kick is considered one of the most challenging feats in sport. Who’s surprised that around 80% of all penalty kicks score?

After collecting data on over 300 penalty kicks, what Professor Azar found was enlightening. Goalkeepers who moved to their right side had the least chance of intercepting the ball and preventing the score, just 12.6%. The ones who chose to go left were just a little more successful at 14.2%. Those who did nothing, i.e., stayed in the center of the goal, had a whopping 33.3% success rate. See a pattern here? 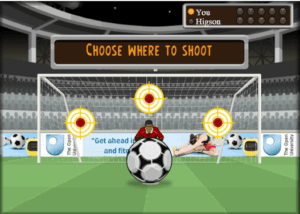 As might be expected, the desire to do something as opposed to nothing—known as “action bias”—extends to other fields beyond the soccer field. My advisor clients know this urge all too well and see it in their investor clients quite often when times get exciting.

For investors, the impulse to act has deep psychological foundations. In one of his popular studies, Nobel Prize winner Daniel Kahneman investigated the idiosyncrasies of investment decision making. Quite counterintuitive from a coach’s perspective, he discovered that investors who lost $1,200 because they chose to act had more moments of regret than investors who lost $1,200 because they did nothing.

Which one of you has not handled calls from frightened investors during economic downturns, seeing firsthand their bias toward action. In their eyes, doing something is better than doing nothing, right? And all the time you know this is the worst thing for them.

How do you react to this? Hopefully by just listening. Actively listening.

Active listening is one of the International Coach Federation’s (ICF) core precepts. All ICF-certified coaches practice it to gain complete learning and understanding about their clients. Active listening means learning to focus completely on what your client is saying and just as importantly, is not saying. 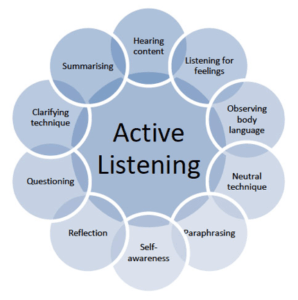 This gives you the information to understand the meaning of what is said in the context of the client’s hopes and dreams, or in some cases, fears. When actively listening, the coach summarizes, paraphrases, and mirrors back (acknowledging and validating in the process) what the client has said to ensure clarity and understanding, and to ensure that both the coach and client are absolutely on the same page.

When you are actively listening, you are allowing your client to vent about a given situation without judgment from you. This enables your client to move on to the next appropriate steps. Rather than simply acquiescing to your client’s frantic instincts, you just might want to make sure that you are practicing active listening while you consider how to attend to your clients and their needs. 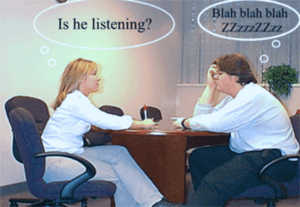 Active listening establishes your vigorous commitment to understanding what your client thinks and feels as well as how they see the world in which they live. It means putting aside your own experiences, prejudices, beliefs, anxieties, and self-interest and stepping for just a moment behind your client’s eyes and envisioning their perspective, to get into their head so to speak.

Of course active listening will not likely be your sole response to the concerns of your clients. You might give some thought to dialing up your proactive client communications. That way you can ensure that your clients are fully aware of all your efforts to focus on their positive outcomes and making planned changes consistent with the overall investment plan that you have developed for your client.

It’s very important along the way that your clients understand that your active listening is not the same as doing nothing. Quite the opposite; they need to understand that it’s your intentional response to their desire to be heard, which within the context of your client service agreement, will be followed by appropriate (not impulsive) action when it is needed.

If you need to, remind them of the soccer game and watch them give it some thought. 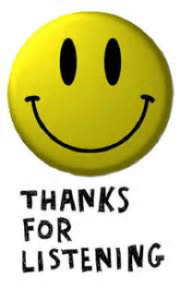 How well do you actively listen to your clients?

Schedule some time so that you can let me know how it works in your practice.