Isn’t what you have to say worth a minute of their time?

I heard it from a young rep the other day; cold calling just doesn’t work. He wondered if he should cold call or not. After listening to him go on for about five minutes, it became pretty clear that regardless of the arguments ranging from some surprisingly good points to some inane ones, to one degree or another they were all circling around reasons not to make his outgoing calls to potential prospects he had on his list. 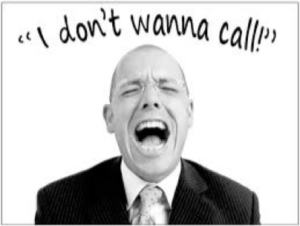 He had quotes from experts, including his sales manager, but what they all failed to acknowledge did not a damn thing to do with actual cold calling and here it is:

If you want to develop and sustain a career in sales, and financial services in particular, you are simply going to have to get ok with interrupting your prospects. For a few minutes, you are going to take them away from the work of their day. You are going to have to grab the phone, send an email, pop in, send a link request on Facebook or LinkedIn, Twitter, blah, blah, blah. You will have to be ok with interrupting someone who isn’t expecting to hear from you. They might not even know you.

So let me ask you: Is your message worth their time?

You can go round and round arguing about degrees of contact, e.g., cold, warm, hot, etc. They might be someone who completed your company’s “request for contact” form, read your blog, or who is simply a referral or a friend of a friend. Maybe an old customer from someone you met at a trade show last week and you haven’t even qualified them yet.

Regardless of how it happened, or the circumstances, it remains a fundamental assumption in the process that you are going to have to interrupt them in one way or another. In order to talk with them about what you want them to hear, do, or purchase, if you don’t already have an appointment with them, you are going to have to interrupt them to make that appointment. You need to know that what you do is important and what you offer is valuable to the rest of us.

This is what my young rep missed. It was hidden in all the complaints and excuses surrounding the issue of cold calling; the thought that the process is a dead end, or maybe even dead. All the new age, cult-like promises of success ignore—and thus fail—to address the real reason that prospecting is such a challenge to most of us. It has never been about the degree of the contact or the call. It is all about this one thing; it is about the willingness of the advisor to interrupt the day of their potential client with a message that they just might need to hear. 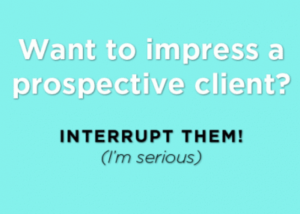 When you think about it, how often to you hear reps develop habits that feed their unwillingness to interrupt? That is one of the reasons reps gripe so much and do just about anything to avoid making those outgoing calls. They know that it is just so much easier to talk with someone who calls in, someone who wants to talk with them, someone who already recognizes their value or the value of their message.

The rub here is that most companies don’t create enough qualified, vetted, inbound prospects to feed a sales pipeline. They just can’t keep it full of incoming calls. Spoiler Alert: The companies that do have sufficient numbers of inbound calls to keep pipelines full don’t pay their sales people very much. The professionals who can reach out and interrupt prospects are always more highly compensated than their less aggressive peers… always.

The rub here is that most companies

prospects to feed a sales pipeline.

We all know of companies that spend millions a month to create leads for their sales force. Seen a GEICO ad, or a car dealership, or maybe a pharmaceutical company ad in the past hour? They spend all that money and it still isn’t sufficient to fill their pipelines. The only way to keep those pipelines full is to have sales people out there calling on customers, and that almost always starts with focused outbound calls, and sometimes cold calls. 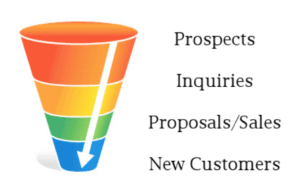 Here is the interesting thing though; even when the company does have an inbound-marketing process that gives them a steady and sufficient number of leads, the clients that they really want—the ones that everyone wants—seldom respond directly to inbound or social selling systems. Heck, they don’t need to. They already know that their account is important to everyone because there’s always a salesman at their office, trying to get in front of them to make their approach. The only way to get in front of a client like that is to interrupt them. They are high value prospects and if you don’t call them, someone else will. Your message is important, so treat it that way.

I know we were all—well, most of us—taught not to interrupt. It is awkward and thus usually difficult. Think about it; your mom told you not to, and you can’t control much of the interaction, e.g., their response, their attitude, etc. It’s all beyond your control. It makes you to feel afraid and vulnerable, like you are doing something wrong.

Yep, you can expect the automatic “brush off,” or a not very friendly tone when you call. It feels like rejection, and since we are social folk who want to be accepted, it seems like a commonsense thing to just not go there in the first place, right? 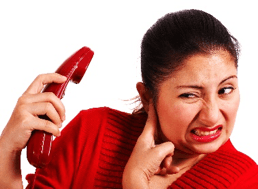 Well, you are wrong. That willingness to not go there in the first place is the core reason that second-rate sales people employ “Einstein-like” creativity in finding excuses not to prospect. Rather than just doing it, they do anything else. Here are some of the reasons:

Look—if you aren’t willing to interrupt your prospect, then you are never going to get past step one. If you won’t interrupt him or her, you will never have the chance to deliver your message. Isn’t your message important to them and to you?

It isn’t the call—cold, warm, or hot—that is the problem for most reps; it is the interrupting. Heck, most people think that any outbound call or visit is a cold call.

If you aren’t willing to interrupt

your prospect, then you

are never going to get past the

What they have managed to do is to lose focus on their message or what they can bring to the client, and instead focus on how they feel about interrupting and turning it into a new gremlin and named “Cold Call.” That gives them a fabulous excuse—yes, I said excuse—to sit and wait for potential prospects to interrupt them instead. Oh, and of course to continue to whine about not having enough leads for their approach. 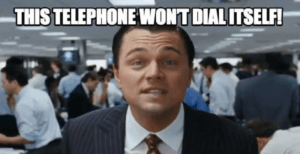 I get it; some prospects are more open to calls, to being interrupted than others. A prospect that completes your on-line form is going to be easier to approach than one you are calling from a list. A person who is familiar with your name and what you do because he/she read about you on LinkedIn or Facebook is probably more willing to engage than someone you found through Google and you are talking with after just slipping past their gate keeper. If they are a former client, or someone who is a competitors’ client but has an expiring contract will be more eager to listen than a completely new person. Yep, that is all true. 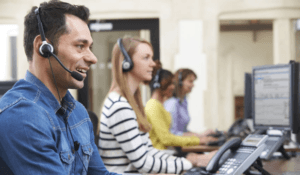 You can see that balancing your prospecting across various channels gives you a clear advantage when you interrupt prospects. That being said, interrupting your prospect’s day with an approach—by phone or in person—is one of the basic building blocks of a full sales pipeline. It doesn’t matter what your prospecting approach sounds or looks like if you aren’t willing to be comfortable with the idea of interrupting them, then your pipeline will drip rather than flood. 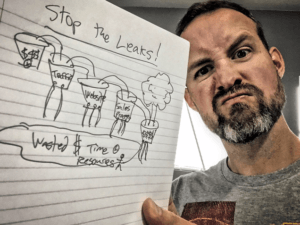 When you begin your thinking with some reason not to interrupt, you are on your way to underperforming against your numbers. Your pipeline remains lackluster and you cheat yourself out of thousands of dollars of commissions. More importantly, when you decide not to interrupt them, you cheat them out of the opportunity to hear your message and how you can improve their financial future, to hear your truth.

In the end though, your pipeline never lies… it always tells the truth. 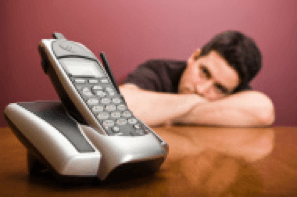 How is your calling going these days?

Schedule some time and we can talk about how things are going and where you would like to go. 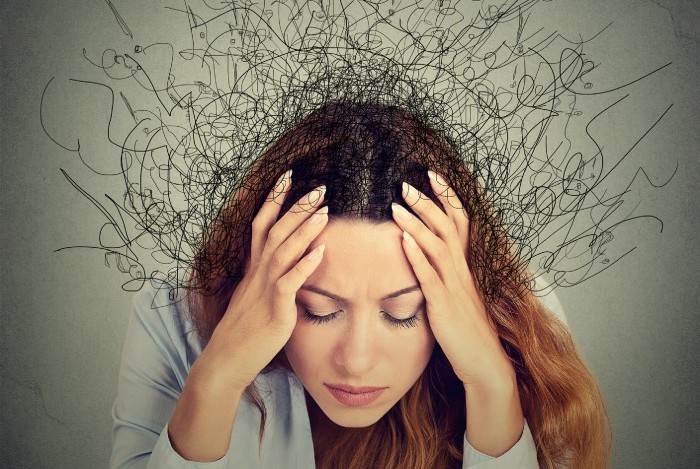 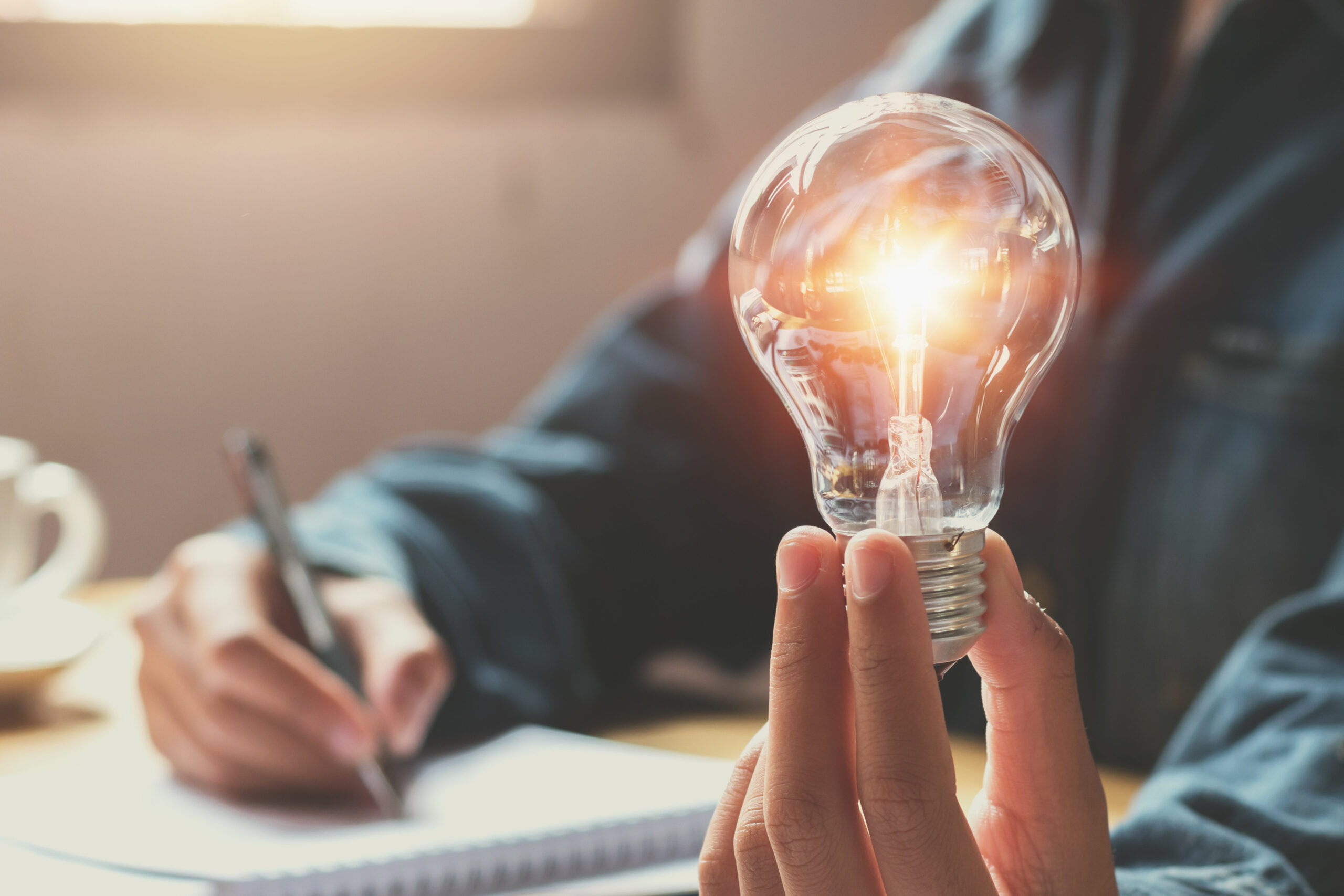