Overachieve at Getting Referrals

Overachieve at Getting Referrals

We were all taught how to get referrals, and yet for many advisors it’s still a struggle. If you aren’t raising the number of referrals you want, look at these suggestions.

Said another way, while competence is important, and learning to use a system that works increases confidence and makes a measurable difference, lots of advisors still don’t see a lot of improvement in their referral numbers. It’s puzzling…or is it? What does it take for someone to follow through consistently on all that good information you can find until you see the results you want?

Drive and Grit—find them both.

Almost always, the most driven people get the best results. Determined people try harder and if they have grit, they persist longer than others. They will do more things than most people that fall outside their comfort zone in order to succeed. Because of this, their confidence grows, and because they are facing down fears more often they grow comfortable with the things that used to frighten them. It has been said the successful advisor is the one willing to do the thing that the unsuccessful one won’t do.

They are not better than you! They just have something you don’t? It’s one of two things or both: inspiring goals and/or much more clarity and connection to their sense of purpose. Motivation requires motive. Purpose demands grit.

Believe in your own worth.

“We must feel love inside ourselves

before we can give it to others.”

Everyone has times in their life when their self-esteem is breakable. Learn how to build yours up and repair it when it is damaged. Lots of people fear success and are unaware it. The result is that they take less action to reach higher or more important goals—even though they are completely capable of reaching them. 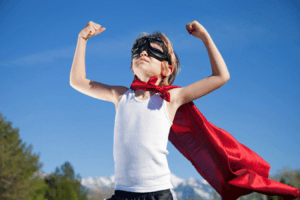 success and are unaware of it.

They rationalize to themselves why they don’t take this or that action; why they don’t do what they know they should do. They tell themselves things like “Well, it’s easy for Frank because he has a great network/a wealthy family/more charm/no kids/better looks than me, etc.” This rationale lets them procrastinate on doing what they know they should. Ultimately they only achieve something mediocre at best. Their fears of inadequacy control them and keep them from trying harder. They fail to recognize that the only thing in their way, poignantly, is that very fear. Oftentimes, part of this hurdle is having an income ceiling that they feel inadequate to advance beyond because of the guilt it induces. They have the feeling that they don’t deserve to outshine peers or family. Some limiting belief…huh.

Face your fear of rejection

It does take courage to look clients and key professionals right in the eye and ask for what you want. For many advisors, the obstacle to getting more referrals is their fear of rejection. Moving forward you must identify your fears and concerns, then gradually face and chip them apart. 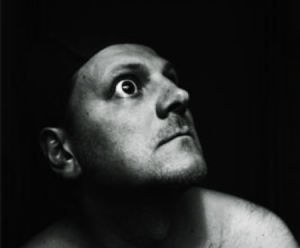 I find this area a challenge when I encounter it coaching, because rarely will anyone will own up to the fear of rejection being their biggest obstacle. Yet the proof is in the results of actions not taken! Most people blame not asking on a fear of how they will be perceived—as too aggressive or negatively in some other way. I think this is a way too convenient excuse, because it takes the issue beyond their control! They are most often afraid of negative perceptions and there is often a more deep-seated fear of rejection underneath that. I hope that wasn’t too ‘shrinkish’ for you.
The thing that most advisors don’t know is that 20% of the people will never give a referral, while another 20% will refer without even being asked…but there is 60% that is a gold mine of opportunity!

The first hurdle to be addressed for many is just not having enough people to ask for referrals in the first place. Prospecting and networking really do have to come before you can expect referrals, even though they can still come early on. If you need prospecting and networking help, I have blogs about that, too. If you are beginning, make sure that your process on its own is referable.

Second, referral-getting is an acquired skill and needs to be practiced like any other skill. If you want to learn golf, you wouldn’t learn how to hold the club and then expect to win the next tournament. Find a referral partner and work together with them to practice your skills.

If you want to learn golf, you

wouldn’t learn how to

hold the club and

then expect to win the next tournament.

I also know this is a learned skill because nobody taught me anything about referrals and sales growing up in a family of engineers. I learned it from scratch in my 40s and 50s through lots of networking, taking classes, and talking to the few people who are really good at it. Then, of course, practicing it for myself again and again. And I can guarantee that it is a learnable skill because I have seen advisor after advisor learn to do it from scratch.

We are all creatures of habit, but when you want to develop new results, you need to take new action to form new habits. Habits don’t change themselves and you can’t just adopt a new habit. You need to replace an old habit with a new one. I get it, change isn’t easy for anyone. One advisor I know had fabulous results because he was willing to trust that if he does something new, it will pay off, so he tries it and keeps at it until it works for him. He is a rare guy—and he is fabulous at his job—and now earns the money to prove it.

Decide if the obstacles you have are based on a fear of change, a lack of trust, a do-it-yourself mindset, or a fear of success. I remember coaching an advisor and hearing him say to me that he didn’t follow through using most of a system because it might work and he wouldn’t know how to handle too much extra business! What?

Last, adding “do them enough so they become good habits” in this section sounds like no big deal, right? Wrong. According to the most recent research I’ve seen on forming habits, it takes an average of 66 days to implement a new habit (not 21…or 15…or 35.), so it is rarely easy to change a habit. Hence you see the virtue of persistence.

Knowing is Not Doing

Awareness alone solves very little. A problem with the idea of referrals is that on the surface it is easy to understand, everyone gets it. Do a good job, ask for referrals, others will refer you, and you will grow your business.

So people, read about referrals and don’t fall into the trap of thinking: “Oh, I get it. That sounds easy enough. I’m not worried.” Their mistake, indeed, is that just because they know something, it does not mean they can do it or are good at it. We all know how we could live a healthier lifestyle: Exercise regularly, have a healthy diet, eat less, and sleep eight hours a night. Nothing new there for you, right? But you need not look far to notice how few people do this.

We underachieve sometimes because we think it will be easy. We just don’t put the effort in. In the end, we succeed only at failing. Like any program, success is based on learning the fundamentals and practice, practice, practice. 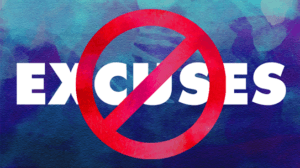 Advisors who get fabulous results are not perfect and they, too, have off weeks. If they aren’t careful they can even an off month or two. If they stray from their process and drop the ball now and again, they just keep moving. Keeping at it is the key. So please skip the rationalizing that to get great results, you have to be an A-type machine that had a near-death experience, has special-needs family members, or has no family, and is driven by a colossal ego. Hey, we can all be guilty of having had those thoroughly unhelpful thoughts in darker hours. Just keep at it every day.

As simple as it sounds, the people who do what they say are most consistently are the ones who succeed in the end. The ones who frequently show up to meetings with some lame excuse—however well crafted—wind up producing at lower levels. There is nothing new here, but living it and becoming that kind of person is an important step along the way.

Being that person is where your next level of greatness will be found and that’s something worth working towards.

SPEAK WITH A LIFE COACH IN BATON ROUGE

Frank Hopkins is a life coach in Baton Rouge who is certified as a Professional Coach (CPC) by the Institute for Professional Excellence in Coaching (iPEC). Frank has helped numerous people to go through emotional change in a way that is positively transformative.

Find a Veteran and Thank Him or Her