Pride: It Isn’t a Deadly Sin by Accident

Pride: It Isn’t a Deadly Sin by Accident

You hear and read reports of leaders who have forgotten—if only for a time—who they really are. It can be in the midst of the trappings of their very success or their station in life that memory goes blank and they forget.

Many a business executive, state governor, congressman, basically anyone in a leadership role, have fallen prey to this memory lapse. Once completed, their fall from prominence and public grace is in their future. It all starts with Pride

We all need to be cautious where pride is concerned. It it’s on the list of the Seven Deadly Sins for a reason. It’s deceptive; it’s shrewd; it is unreliable. Yet it grows on us, and before you know it, it’s causing our downfall. 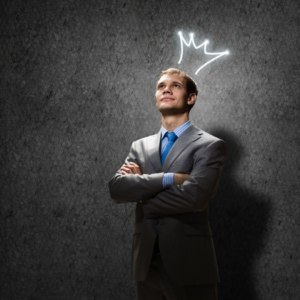 I came across a story, an anecdote really, in a book by Simon Sinek called Leaders Eat Last that shines a light on the issue of pride just about as brightly as I have ever seen. There are some things in life that you hold as critical for yourself or your self-image—until they aren’t. As this story goes on to say, you might think you have earned the ceramic cup, but really it is only the Styrofoam one that you deserve. Here is that very story.

“I heard a story about a former Under Secretary of Defense who gave a speech at a large conference. He took his place on the stage and began talking, sharing his prepared remarks with the audience. He paused to take a sip of coffee from the Styrofoam cup he’d brought on stage with him. He took another sip, looked down at the cup and smiled.

“You know,” he said, interrupting his own speech, “I spoke here last year. I presented at this same conference on this same stage. But last year, I was still an Under Secretary,” he said. “I flew here in business class and when I landed, there was someone waiting for me at the airport to take me to my hotel. Upon arriving at my hotel,” he continued, “there was someone else waiting for me. They had already checked me into the hotel, so they handed me my key and escorted me up to my room. The next morning, when I came down, again there was someone waiting for me in the lobby to drive me to this same venue that we are in today. I was taken through a back entrance, shown to the green room and handed a cup of coffee in a beautiful ceramic cup.”

“But this year, as I stand here to speak to you, I am no longer the Under Secretary,” he continued. “I flew here coach class and when I arrived at the airport yesterday there was no one there to meet me. I took a taxi to the hotel, and when I got there, I checked myself in and went by myself to my room. This morning, I came down to the lobby and caught another taxi to come here. I came in the front door and found my way backstage. Once there, I asked one of the techs if there was any coffee. He pointed to a coffee machine on a table against the wall. So I walked over and poured myself a cup of coffee into this here Styrofoam cup,” he said as he raised the cup to show the audience. 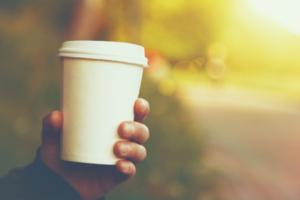 “It occurs to me,” he continued, “the ceramic cup they gave me last year, it was never meant for me at all. It was meant for the position I held. I deserve a Styrofoam cup.

“This is the most important lesson I can impart to all of you,” he offered. “All the perks, all the benefits and advantages you may get for the rank or position you hold, they aren’t meant for you. They are meant for the role you fill. And when you leave your role, which eventually you will, they will give the ceramic cup to the person who replaces you. Because you only ever deserved a Styrofoam cup.”

I can personally relate to the former Under Secretary’s message, as I have had a somewhat similar experience several years ago myself.

My Day as a Big Shot

I was involved as a consultant to a bank interested in purchasing nurseries (i.e., farms that grow trees) across the country and bundling them together and selling the business as a whole. There was a big meeting in Portland along with some nursery tours that I was scheduled to attend. My flight was out of Newark, NJ and since I loved Oregon and flying, I was thrilled at the prospect of the trip. After boarding my Continental Airlines flight from Newark to the Chicago airport where I would change planes, I soon found myself along with the rest of the passengers and crew grounded at the gate for over three hours due to “mechanical difficulties” with the aircraft. This was not a good start to the all-day trip. 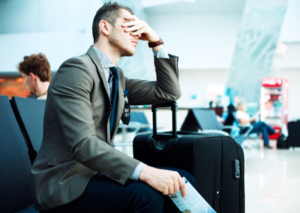 After finally being allowed off the plane, we boarded another one bound now for Midway Airport, also in the Chicago area, with a promise of being delivered to O’Hare. Unfortunately, by the time that plane finally took off, it was clear that I would miss my connecting flight out of Chicago (O’Hare) heading on to Portland. On top of that, the flight they scheduled me for was the last flight out for the afternoon. That meant that I was probably stuck in Chicago that night and would miss the big meeting and he tours the next day. Talk about disappointment…

Just before my take-off from Newark, I called my contact from the bank in Boston to let them know about the delays and that I was likely to miss my connection since I must retrieve my bags, get a cab ride to a different airport…blah, blah, blah. He just suggested that I relax, have a drink, and enjoy the flight. He said to check my voicemail when I had my bags in Chicago (Midway) for instructions.

The second the landing gear hit the runway in Chicago I was checking my voicemail, and sure enough my contact had left a message. He said go to a specific door on the departure level at the airport where a car and driver would be waiting for me. I thought how in the heck is he going to get me across town; the airports are 20 minutes to over an hour, with traffic. He just said in his message to relax (he knew me) and not to worry about spending the night stranded in Chicago. He said that the driver would fill me in on the details of how things would go.

As I passed the ticket counters heading to baggage claim, I could see long lines of all those poor souls waiting at the customer service desk trying to find out what was happening next. I guess I didn’t exactly know how my situation was going to go either, but at least I had a destination—that departure exit door. 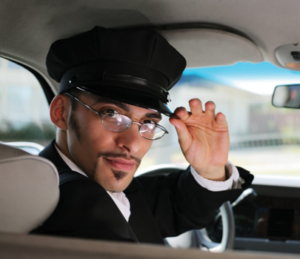 When I got to the correct door, I was met by a professional-looking driver who loaded me and my junk into his Lincoln and told me to relax for the short ride to the commercial side of the airport where a private plane would take me on to Portland. I thought, “you’re f-ing kidding me? You gotta have the wrong guy. I grow trees! In my world you don’t fly private!” I just kept my mouth shut and rode along.

In only a few minutes, we were at the commercial terminal, and although it was late in the afternoon, no one was there except a guy at the desk who asked if I was Mr. Hopkins. I had no idea that Midway Airport was No. 6 for private jets in the country. Anyway, I met the pilot and less than 15 minutes, we were heading down the runway and off for Portland. In a bit longer than four hours we were landing in Portland where the pilot delicately touched down and stopped right where my friend was waiting for me.

The ceramic cup and the Styrofoam cup story made me think about that jet ride 15 years ago. I wonder sometimes, are you still holding onto that ceramic cup? Or instead, do you look with clarity at the Styrofoam in your hand and say, “Let’s not get too terribly wound up with who I think I am, or how I think I should be treated, or the perks that I have.

Let me have a clear understanding of who I am, and try to walk with humility each and every day. 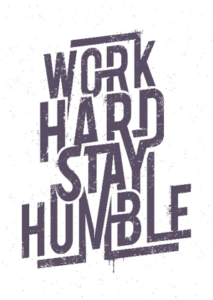 These days, I now have clients whose major goal is to make enough money to fly private planes and I look back to that day, and there I was, flying privately. Yes, it was surreal, and I will probably never do it again. I still remember when the guy at the desk in Chicago said, “I don’t know who you are, but you must be important because they pulled your pilot off of another charter just for this flight.” He was mistaken; it wasn’t about me at all. You see, it was about the business agenda for the next day and the deal the bank was considering.

Here are some of the problems with pride:

So be on guard, pride is a dangerous thing when you cultivate it. 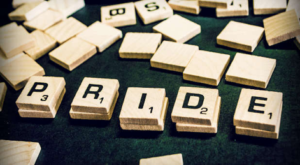 How humble are you? Is it a process of learning and experimentation… or being humble on your mind all the time?  Let me know how it works for you. If you would like to talk, schedule a time for a call and let’s give it a go.

As an independent coach and writer, I manage my own marketing, my own press, and all of my own content. I develop my content responsive to your requests.

By becoming a member of my site, you can gain access to articles, audio versions, and commentaries relevant to my articles. You will also find interactive online courses. We have quite a bit more to come; I hope to hold your interest for quite a long time as you grow and learn.